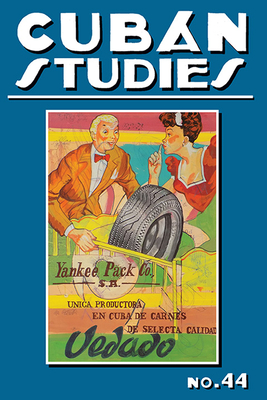 Cuban Studies is the preeminent journal for scholarly work on Cuba. Each volume includes articles in English and Spanish and a large book review section.
Cuban Studies 44 features a dossier on the Cuban economy that covers economic problems and causation since 2010 and their possible remedy; tax reform from 2010 to 2014; the reconfiguration of social and economic actors since 2011 and the prospects of a market economy; the functioning of state-owned companies within current restructuring policies; and changes in Cuba’s trade deficit since 2009. Other topics include the consequences of the “Special Period” and the de/reconstruction of the “New Socialist Man”; public health care policies in the post-Soviet era; the Wallace Stevens poem “Academic Discourse at Havana”; U.S. General Fitzhugh Lee’s role in Cuban independence; José Martí’s death as a myth of the Cuban nation-building project; “Operation Pedro Pan” and the framing of childhood memories in the Cuban American community; and the social and political control of nonconformists in 1960s Cuba.