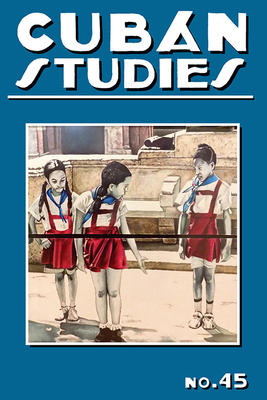 Cuban Studies is the preeminent journal for scholarly work on Cuba. Each volume includes articles in English and Spanish and a large book review section.

Cuban Studies 45 features two special dossiers: the first discusses the history and workings of the Cuban constitution and the need to revisit it along with civil and political rights; the second offers new perspectives on the history of health, medicine, and disease in Cuba, and views race as a factor in both infant mortality and tuberculosis from the early-to-mid twentieth century.

Additional essays discuss culture through poetry, higher education reform, the narratives of Lordes Casal, and filmmaker Jesús Díaz as an ‘unintentional deviationist.’ History is discussed vis-a-vis the radio politics of young Eddy Chibás, the slave abolitionist rhetoric of the Countess of Merlin, and the creole appropriation of Afro-Cuban dance and music to create sabor during the late nineteenth century.

Praise for Cuban Studies
“A new editorial team led by Alejandro de la Fuente draws on scholarship from Cuba and around the world to make this multidisciplinary journal a must-read for those looking beyond the headlines for a deeper understanding of the rapid changes taking place on the island.”
—Foreign Affairs