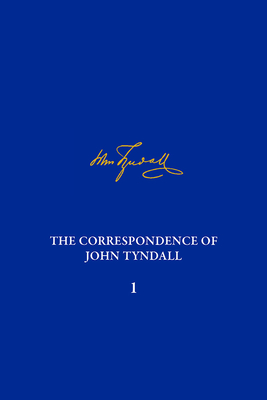 The Correspondence of John Tyndall, Volume I

The 230 letters in this inaugural volume of The Correspondence of John Tyndall chart Tyndall’s emergence into early adulthood, spanning from his arrival in Youghal in May 1840 as a civil assistant with just a year’s experience working on the Irish Ordnance Survey to his pseudonymous authorship of an open letter to the prime minister, Robert Peel, protesting the pay and conditions on the English Survey in August 1843. The letters, which include Tyndall’s earliest extant correspondence, encompass some of the most significant events of the early 1840s. Tyndall’s correspondents also discuss their experiences of British military expansion in India and economic migration to North America, among other topics. The letters show the development of many of the traits and talents, both mathematical and literary, that would subsequently make Tyndall one of most prominent men of science in Victorian Britain. They also afford broader insights into a period of almost unprecedented social upheaval and cultural and technological change that ultimately shaped Tyndall’s development into adulthood.

“Correspondence projects like this one undoubtedly provide rich materials for future historians—and raise a host of new questions that we might not previously have even thought to ask.”
—Times Literary Supplement

Geoffrey Cantor is Professor Emeritus of the History of Science at the University of Leeds and Senior Honorary Research Associate at University College, London. He is a past president of the British Society for the History of Science. His research has focused on nineteenth-century British science and his publications include studies of Michael Faraday, the Great Exhibition of 1851, and the interrelations of science and religion.

Gowan Dawson is Professor of Victorian Literature and Culture at the University of Leicester and Honorary Research Fellow at the Natural History Museum, London. His books include Show Me the Bone: Reconstructing Prehistoric Monsters in Nineteenth-Century Britain and America and Darwin, Literature and Victorian Respectability.