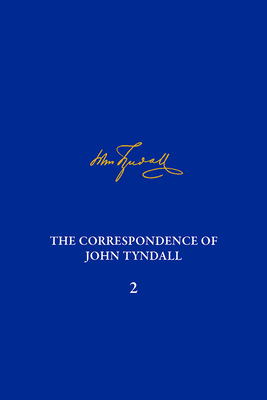 The Correspondence of John Tyndall, Volume 2

The 161 letters in this volume encompass a period of dramatic change for the young John Tyndall, who would become one of Victorian Britain’s most famous physicists. They begin in September 1843, in the midst of a fiery public conflict with the Ordnance Survey of England, and end in December 1849 with him as a doctoral student of mathematics and experimental science at the University of Marburg, Germany. In between, Tyndall was fired from his position in the Ordnance Survey, worked as a railway surveyor at the height of British railway mania, read the works of Ralph Waldo Emerson, Thomas Carlyle, and Lord Byron, taught mathematics, and seriously contemplated emigration to the thriving new city of Cincinnati, Ohio. He began lasting friendships with Thomas Archer Hirst and Edward Frankland, who, along with Tyndall, would eventually become influential figures in nineteenth-century science. The letters also allude to some of the most important events of the 1840s. Documenting a period of political agitation, professional uncertainty, and personal transformation, this volume traces the events that led to Tyndall’s decision to devote himself to natural philosophy.

Melinda Baldwin is the author of Making Nature: The History of a Scientific Journal. She is currently the ACLS Oscar Handlin Fellow, and has held positions at York University, Harvard University, and the American Academy of Arts & Sciences.

Janet Browne is Aramont Professor of the History of Science at Harvard University where she teaches the history of natural history and biology. In 2002 she published a two-volume biography of Charles Darwin. Her interest in correspondence stems from her time as an editor on the Darwin Correspondence Project, Cambridge, England.