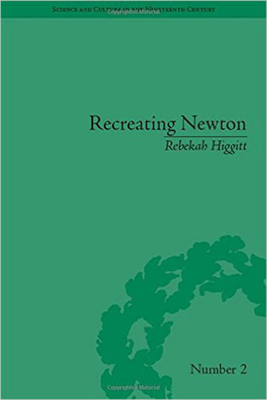 Higgitt examines Isaac Newton's changing legacy during the nineteenth century. She focuses on 1820–1870, a period that saw the creation of the specialized and secularized role of the "scientist." At the same time, researchers gained better access to Newton's archives. These were used both by those who wished to undermine the traditional, idealised depiction of scientific genius and those who felt obliged to defend Newtonian hagiography. Higgitt shows how debates about Newton's character stimulated historical scholarship and led to the development of a new expertise in the history of science.

Praise For Recreating Newton: Newtonian Biography and the Making of Nineteenth-Century History of Science (Sci & Culture in the Nineteenth Century)…

"Reading this fine and fascinating book is a salutary experience."
—Isis

"Higgitt has produced a well-researched and carefully crafted book which will be of interest to historians of science, literature, religion and Victorian culture. It is indeed an excellent example of the truly interdisciplinary nature of much current research in the history of science."
—British Journal for the History of Science

"Throws interesting light on the growing knowledge of Newton's involvement in alchemy among his biographers."
—Ambix