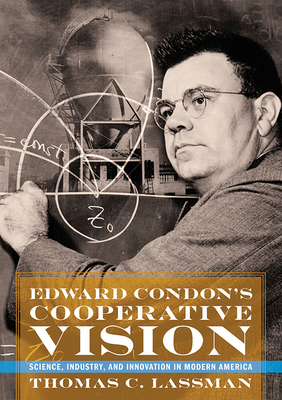 As a professor of physics at Princeton University for nearly ten years, Edward Condon sealed his reputation as one of the sharpest minds in the field and a pioneer in quantum theoretical physics. Then, in 1937, he left it all behind to pursue an industrial career—first at the Westinghouse Electric and Manufacturing Company in Pittsburgh and then, by way of the federal government, at the National Bureau of Standards. In a radical departure from professional norms, Condon sought to redefine the relationship between academic science and technological innovation in industry. He envisioned intimate cooperation with the universities to serve the needs of his employers and also the broader business community.

Edward Condon’s Cooperative Vision explores the life cycle of that vision during the Great Depression, the Second World War, and the early Cold War. Condon’s cooperative model of research and development evolved over time and by consequence laid bare sharp disagreements among academic, corporate, and government stakeholders about the practical value of new knowledge, where and how it should be produced, and ultimately, on whose behalf it ought to be put to use.

Thomas C. Lassman is curator of the post-World War II rocket and missile collection at the National Air and Space Museum, Smithsonian Institution.  He previously worked at the U.S. Army Center of Military History and the Center for History of Physics at the American Institute of Physics. He was born and raised in Pittsburgh, Pennsylvania.

“In this masterfully researched book, Thomas Lassman reconstructs the life and work of physicist Edward Condon, who helped to bring the quantum theory of solids into the mainstream of American scientific research in both academia and industry. Here is a great story of science, technology, industry, and government not mixing optimally, a tragedy at multiple levels, and a cautionary tale of not pushing the envelope too much when that envelope is controlled by less brilliant, less visionary, less tolerant but far more powerful individuals.”
—David Hounshell, Carnegie Mellon University

“Lassman has written the definitive scientific biography of Edward Condon and, more importantly, a lively, incisive, and eye-opening study of industrial research in the mid-twentieth century. This book should be required reading for anyone interested in the political and institutional history of American science or in the organization of knowledge and its diverse possibilities.”
—Jessica Wang, University of British Columbia

"The book offers clean prose and engaging characters, making it an accessible and useful corrective to the previous historical focus on physicists at academic institutions."
—Choice

“Thomas C. Lassman wisely chooses to focus on the area where Condon was the most outspoken and daring: his vision for a new relationship between academic science, government, industry, and business. Condon's pursuit of this vision is not only the most important aspect of his career but also the least discussed by historians.” —The Journal of American History