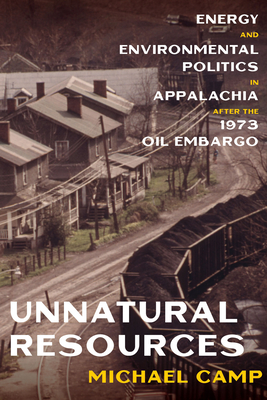 Unnatural Resources explores the intersection of energy production and environmental regulation in Appalachia after the oil embargo of 1973. The years from 1969 to 1973 saw the passage of a number of laws meant to protect the environment from human destruction, and they initially enjoyed broad public popularity. However, the oil embargo, which caused lines and fistfights at gasoline stations, refocused Americans’ attention on economic issues and alerted Americans to the dangers of relying on imported oil. As a drive to increase domestic production of energy gained momentum, it soon appeared that new environmental regulations were inhibiting this initiative. A backlash against environmental regulations helped inaugurate a bipartisan era of market-based thinking in American politics and discredited the idea that the federal government had a constructive role to play in addressing energy issues. This study connects political, labor, and environmental history to contribute to a growing body of literature on the decline of the New Deal and the rise of pro-market thinking in American politics.

“Camp’s Unnatural Resources deserves wide reading. It moves from a broad synthesis of energy-environment issues in the United States, to a focus on energy and environmental policy in Appalachia after the 1973 OPEC oil embargo, to conclude that the United States’ desire for energy independence generated continuous conflict between energy producers and environmentalists and has failed to satisfy the diverse interests of conservationists, energy companies, corporations, labor, and consumers.” —Technology and Culture

“Unnatural Resources brings fresh insight and perspective to our understanding of the tensions between energy security and environment protection in the 1970s. Camp dramatizes how conflicts over coal, nuclear power, and hydroelectricity in Appalachia were pivotal in shaping the energy legacy of the Carter presidency.” —Tyler Priest, University of Iowa

Michael Camp is assistant professor and political papers archivist at the University of West Georgia.
Loading...
or
Not Currently Available for Direct Purchase