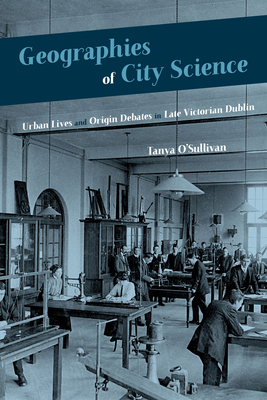 Dublin at the turn of the twentieth century was both the second city of the British Empire and the soon-to-be capital of an emerging nation, presenting a unique space in which to examine the past relationship between science and the city. Drawing on both geography and biography, Geographies of City Science underscores the crucial role urban spaces played in the production of scientific knowledge. Each chapter explores the lives of two practitioners from one of the main religious and political traditions in Dublin (either Protestant and Unionist or Catholic and Nationalist). As Tanya O’Sullivan argues, any variation in their engagement with science had far less to do with their affiliations than with their “life spaces”—domains where human agency and social structures collide. Focusing on nineteenth-century debates on the origins of the universe as well as the origins of form, humans, and language, O’Sullivan explores the numerous ways in which scientific meaning relating to origin theories was established and mobilized in the city. By foregrounding Dublin, her book complements more recent attempts to enrich the historiography of metropolitan science by examining its provenance in less well-known urban centers.

“For anyone with an interest in the history of science in Dublin it’s a must read.”

"Geographies of City Science splendidly elucidates the importance of thinking geographically about science’s making and its often contested reception. Whether in theories about ether, or in debates on anthropology and human origins, science is always locally ‘grounded.’ Tanya O’Sullivan brings Dublin’s late nineteenth-century scientific sites and social circles to vivid life and, in doing so, speaks to wider questions about the geographies of science and of scientific lives." —Charles W.J. Withers, University of Edinburgh

“An innovative and highly valuable contribution to the historiography on ‘science and the city’ and (in a more general sense) the spatial turn.” —Isis

Tanya O’Sullivan is an independent researcher based in Northern Ireland.