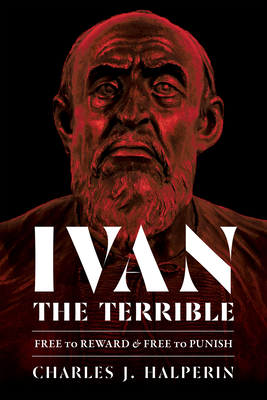 Ivan the Terrible is infamous as a sadistic despot responsible for the deaths of thousands of innocent people, particularly during the years of the oprichnina, his state-within-a-state. Ivan was the first ruler in Russian history to use mass terror as a political instrument. However, Ivan’s actions cannot be dismissed by attributing the behavior to insanity. Ivan interacted with Muscovite society as both he and Muscovy changed. This interaction needs to be understood in order properly to analyze his motives, achievements, and failures.
Ivan the Terrible: Free to Reward and Free to Punish provides an up-to-date comprehensive analysis of all aspects of Ivan’s reign. It presents a new interpretation not only of Ivan’s behavior and ideology, but also of Muscovite social and economic history. Charles Halperin shatters the myths surrounding Ivan and reveals a complex ruler who had much in common with his European contemporaries, including Henry the Eighth.

Charles J. Halperin is one of the world’s foremost historians of medieval Muscovy. He is an independent scholar and resides in Bloomington, Indiana.

Praise For Ivan the Terrible: Free to Reward and Free to Punish (Russian and East European Studies)…

“Ivan’s name had long been synonymous with sadism and pointless destruction. As Charles J. Halperin remarks in his new book, Ivan the Terrible: Free to Reward and Free to Punish, Ivan is ‘a card-carrying member of the Historical Hall of Shame—a dubious pantheon of mostly rulers . . . that includes Nero, Caligula, Attila the Hun, Chinggis (Genghis) Khan, Vlad the Impaler (Dracula), Caesare Borgia, and the Marquis de Sade.’ . . . Was he really so terrible? Russian nationalists, who routinely accuse Western historians of ‘Russophobia,’ claim Ivan has been slandered, and Halperin, for different reasons, agrees that ‘Ivan's evil reputation . . . prejudices scholarship, and distorts history.’ All those descriptions of ‘the putative homicidal maniac’ in literature, film, and historical scholarship simply ‘enshrine the myth.’  In Halperin’s view, Ivan was bad, but no worse than other rulers of his time.” —New York Review of Books

“Charles Halperin has accomplished an extraordinary feat: a balanced assessment of Ivan the Terrible. Finally, we have a treatment that situates the tsar in both historical and Historiographic context. The book is coherent and readable, straightforward in its presentation of evidence and forthright in its assessment of various alternative explanations for the strange, destructive episodes in the reign of this elusive figure.” —Valerie A. Kivelson, The University of Michigan