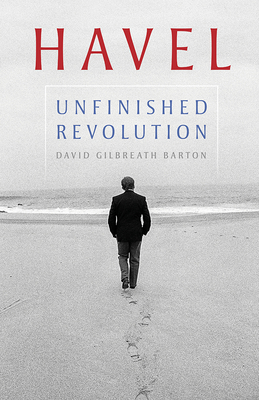 The Definitive Biography of the Leader of the Velvet Revolution who Overthrew Communism, and Created a Democratic Czechoslovakia​

This is the story of a man who tried to resurrect the spirit of democratic life. He was born into a time of chaos and absurdity, and he took it as his fate to carry a candle into the night. This is his story and the story many others, the writers, artists, actors, and philosophers who took it upon themselves to remember a tradition that had failed so miserably it had almost been forgotten.

Václav Havel (1936–2011), the famous Czech dissident, intellectual, and playwright, was there when a half million people came to Wenceslas Square to demand an end to Communism in 1989. Many came to hear him call for a free Czechoslovakia, for democratic elections, and a return to Europe. The demonstrators roared when he spoke. “Havel to the castle,” they chanted— meaning Havel for president. And a few weeks later, Havel became a most unusual president. He was sometimes misunderstood and not always popular, but by the time of his death in 2011, the world recognized Havel as one of the most prominent figures of the twentieth century.

Born into one of the most prominent and wealthy families in Prague, Havel was the constant subject of attention and an artistic eccentric in a family of businessmen. A young Havel and his family were cast by the Communist takeover as class enemies. Havel traveled a dark road that, ironically, provided the experiences he needed to reconnect not only to his own “ground of being” but to the traditions of civic society. This biography is the story of Havel’s inward journey in his underground years and thus the story of how Havel, the outsider, became the ultimate insider as president of the nation.

In this intimate and sweeping portrayal of Havel, David Barton reveals the eccentricities of the last president of Czechoslovakia, and the first president of the Czech Republic.

David Gilbreath Barton is an award-winning journalist and associate professor of humanities at Northern New Mexico College. From 1996 to 2001, he was founding editor of the Salt Journal, a finalist in the Utne Reader’s award for best “small magazine” in the nation. He lives in Santa Fe, New Mexico, with his wife.

“Barton’s sprightly, readable overview of Havel’s life and work is especially incisive in thinking through Havel’s personality, particularly his shyness, self-doubt and depression and their impact on his sometimes reluctant, sometimes welcome embrace, of a live lived in public. Without judgment, Barton chronicles how Havel’s friendships and relationships molded him as a man and as a thinker.”—Michelle Woods, author of Translating Milan Kundera

“David Barton has written an expansive and informing portrait of Václav Havel. It is an engrossing read that captures the resilience and eloquence of a man who started as an artist, became a dissident, and eventually a statesman and great leader. The lessons here, restoring democratic ideals in a time of chaos, are more relevant and important now than ever.”—Governor Bill Richardson
or support indie stores by buying on
Copyright © 2020 American Booksellers Association