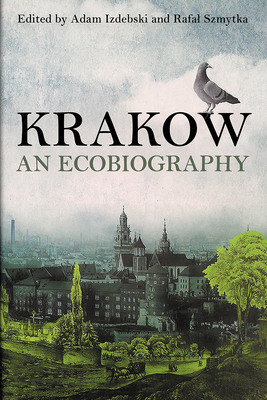 Like most cities, Poland’s Kraków developed around and because of its favorable geography. Before Warsaw, Kraków served as Poland’s capital for half a millennium. It has functioned as a cultural center, an industrial center, a center of learning, and home for millions of people. Behind all of this lies the city’s environment: its fauna and plant life, the Vistula River, the surrounding countryside rich with resources, and man-made change that has allowed the city to flourish. In Kraków: An Ecobiography, the contributors use the city as a lens to focus these social and natural intricacies to shed new light on one of Europe’s urban treasures. With chapters on pollution, water systems, the city’s natural network with the surrounding area, urban infrastructure, and more, Kraków demonstrates how much an environmental perspective can bring to the understanding of Poland’s history and the challenges presented by the heritage of the past.

Adam Izdebski is a historian of Late Antiquity and Byzantium, with strong interest in environmental history. He also works on social and religious history of late antiquity and on premodern Central Europe. His research aims to integrate scientific, archaeological, and textual evidence.

Rafał Szmytka is assistant professor at the Department of Historical Anthropology at the Institute of History of the Jagiellonian University. He is interested in the history and culture of the Low Countries in the modern era, history of image and iconography, literary culture, and the social care of the cities of Brabant and Flanders.