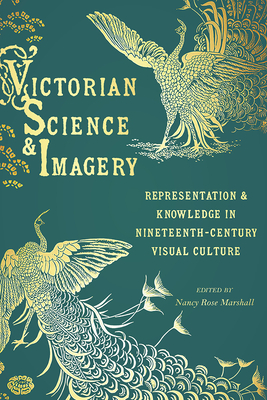 The nineteenth century was a period of science and imagery: when scientific theories and discoveries challenged longstanding boundaries between animal, plant, and human, and when art and visual culture produced new notions about the place of the human in the natural world. Just as scientists relied on graphic representation to conceptualize their ideas, artists moved seamlessly between scientific debate and creative expression to support or contradict popular scientific theories—such as Darwin’s theory of evolution and sexual selection—deliberately drawing on concepts in ways that allowed them to refute popular claims or disrupt conventional knowledges.

Focusing on the close kinship between the arts and sciences during the Victorian period, the art historians contributing to this volume reveal the unique ways in which nineteenth-century British and American visual culture participated in making science, and in which science informed art at a crucial moment in the history of the development of the modern world. Together, they explore topics in geology, meteorology, medicine, anatomy, evolution, and zoology, as well as a range of media from photography to oil painting. They remind us that science and art are not tightly compartmentalized, separate influences. Rather, these are fields that share forms, manifest as waves, layers, lines, or geometries; that invest in the idea of the evolution of form; and that generate surprisingly kindred responses, such as pain, pleasure, empathy, and sympathy.

“Expertly and beautifully written, the essays probe, with concrete examples, the busy traffic between the eye and the mind during an important period of modernity. This book will handsomely reward careful readers. Highly recommended.” —CHOICE

"This brilliantly conceived volume, exploring nineteenth-century art’s relationship to contemporary science, is essential reading. Whether discussing peacocks, the wind’s motion, or geological formations, these lucid and original essays reevaluate central questions about materiality and corporeality, illusions and the invisible, perception and subjectivity, and the intertwined operations of eye and brain." —Kate Flint, University of Southern California, Dornsife College of Letters, Arts, Sciences

Nancy Rose Marshall is a professor in the Art History Department of the University of Wisconsin–Madison.
Loading...
or
Not Currently Available for Direct Purchase