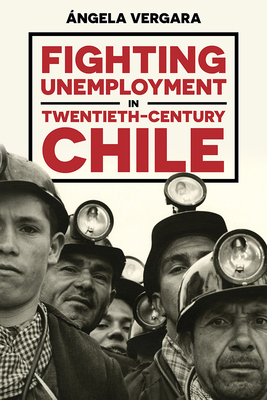 In Fighting Unemployment in Twentieth-Century Chile, Ángela Vergara narrates the story of how industrial and mine workers, peasants and day laborers, as well as blue-collar and white-collar employees earned a living through periods of economic, political, and social instability in twentieth-century Chile. The Great Depression transformed how Chileans viewed work and welfare rights and how they related to public institutions. Influenced by global and regional debates, the state put modern agencies in place to count and assist the poor and expand their social and economic rights. Weaving together bottom-up and transnational approaches, Vergara underscores the limits of these policies and demonstrates how the benefits and protections of wage labor became central to people’s lives and culture, and how global economic recessions, political oppression, and abusive employers threatened their working-class culture. Fighting Unemployment in Twentieth-Century Chile contributes to understanding the profound inequality that permeates Chilean history through a detailed analysis of the relationship between welfare professionals and the unemployed, the interpretation of labor laws, and employers’ everyday attitudes.

"Fighting Unemployment in Twentieth-Century Chile is a fascinating and richly documented history of the evolution of the concept of “unemployment” and the political struggle over its material consequences in Chile. Vergara makes a major contribution to Latin American economic and labor history." —Heidi Tinsman, Professor of History, University of California Irvine and author of Buying into the Regime: Grapes and Consumption in Cold War Chile and the United States.

Ángela Vergara is professor of history at California State University Los Angeles. She is the author of Copper Workers, International Business, and Domestic Politics in Cold War Chile and co-editor of Company Towns in the Americas.
Loading...
or
Not Currently Available for Direct Purchase