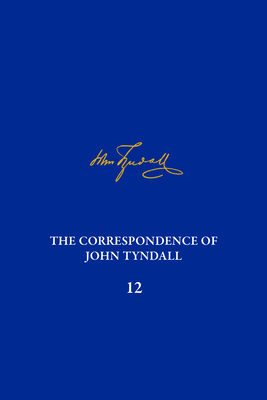 The Correspondence of John Tyndall, Volume 12

The twelfth volume of The Correspondence of John Tyndall contains 326 letters and covers the fifteen months of Tyndall’s life from March 1871 through May 1872, a time when he was a central figure in the field and had a substantial reputation in both the UK and the US. It begins just before the publication of Fragments of Science in April and Hours of Exercise in May. It includes a number of small but public disputes about science. Tyndall had a number of visits from friends and dignitaries, and he traveled to Switzerland, Ireland, and the countryside for scrambles. He was dealing with family issues out of Ireland, which were troublesome for him. He was busy administering the Royal Institution and the Royal Society; he was also working as the scientific consultant to Trinity House, which was involved in overseeing lighthouses in the United Kingdom, of which Ireland was a part at this time. Unlike other volumes, this one is not defined as much by one or two major projects or events for Tyndall, but instead includes a number of smaller projects and issues for him personally and professionally. As a leading man of science, and preoccupied with the work required for Trinity House, he had little time for socializing or research and began to refuse both social and professional invitations. Although well established, he remained concerned with his image, which manifests in a number of ways throughout this period.