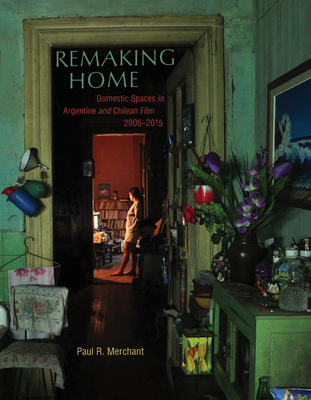 Houses, in the Argentine and Chilean films of the early twenty-first century, provide much more than a backdrop to on-screen drama. Nor are they simply refuges from political turmoil or spaces of oppression. Remaking Home argues that domestic spaces are instead the medium through which new, fragile common identities are constructed. The varied documentary and fiction films analyzed here, which include an early work by Oscar winner Sebastián Lelio, use the domestic sphere as a laboratory in which to experiment with narrative, audiovisual techniques, and social configurations. Where previous scholarship has focused on the social fragmentation and political disillusionment visible in contemporary film, Remaking Home argues that in order to understand the political agency of contemporary cinema, it is necessary to move beyond deconstructive critical approaches to Latin American culture. In doing so, it expands the theoretical scope of studies in Latin American cinema by finding new points of contact between the cultural critique of Nelly Richard, the work of Bruno Latour, and theories of new materialism.

“Merchant’s insightful study of domestic spaces in contemporary Chilean and Argentine cinema provides an innovative rethinking of the ways in which today’s filmmakers are using domestic spaces to blur the boundaries between the public and private and explore new ways of being-in-common.” —Michael Lazzara, University of California, Davis

“Remaking Home renews both film studies and studies of Latin American culture. Through the conceptual lens of ‘domestic spaces,’ Merchant reflects on the relations between house and home, politics and image, and postdictatorship, neoliberalism and decentered subjects. With insightful analyses of recent films and references to urbanism, literary narratives, and political constellations, Merchant explores the possibility of constructing, through the life of images, new forms of life in common.” —Gonzalo Aguilar, Universidad de Buenos Aires, Argentina

Paul Merchant is lecturer in Latin American film and visual culture at the University of Bristol. He is the coeditor, with Lucy Bollington, of Latin American Culture and the Limits of the Human.