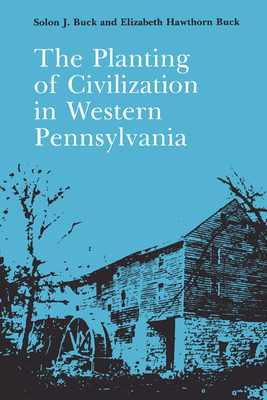 A definitive account of nearly every aspect of Western Pennsylvanian life and development up until the War of 1812. The book opens with a narrative of the formative years of the region. Succeeding chapters deal with the development of agriculture, industry, education, religion, social customs, and law and order --all based upon the results of the work of the Western Pennsylvania Historical Survey.

Among the more than one hundred illustrations are contemporary pictures, maps, plans of forts, portraits, architectural photographs and more.

The late Dr. Solon Buck came to Pittsburgh to direct the Historical Survey of Western Pennsylvania.  After four years with the Survey, he joined the newly established National Archives in Washington D.C. as director of publications and research, and later became Archivist of the United States and Assistant Librarian of the Library of Congress.

Elizabeth Hawthorn Buck, was a historical researcher and writer, and the uahtor of several historical novels.