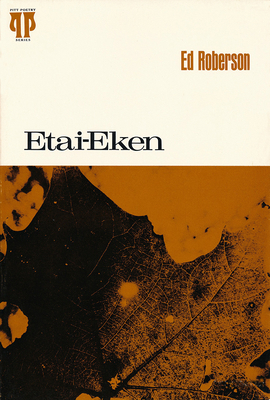 Etai-Eken is a legend told in a series, a cycle of poems, which is to say, told in different languages. The action of the poems in the poem is their moving in and out of the legend by the changes of access to the larger legend; an access of the present in the ancient, of the present’s knowledge and experience of it.

“[A] master of a hauntingly meditative rhythm of thought and perception.”

“One of the most quietly dazzling poets writing in English today.”

Ed Roberson  is a former professor of literature and creative writing at Rutgers University. He has taught at the University of Chicago and Columbia College Chicago. Roberson is the recipient of the Stephen Henderson Critics Award for Achievement in Literature, and has also won an LA Times Book Award, the 2008 Shelley Memorial Award from The Poetry Society of America, the 1998 National Poetry Series Award, and the Lila Wallace-Reader’s Digest Writers’ Award.
Loading...
or
Not Currently Available for Direct Purchase