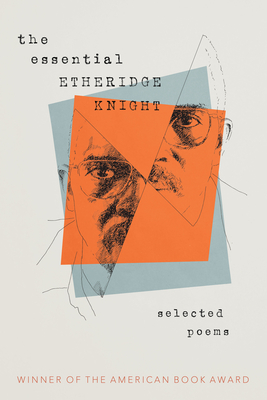 Seminal African American poet Etheridge Knight did not begin writing poetry until a robbery conviction sent him to prison in 1960. A Korean War veteran who suffered a shrapnel wound that led to drug addiction, Knight published his first collection in 1968, Poems from Prison, which set him apart as an important new voice in the Black Arts Movement. His second collection, Belly Songs and Other Poems (1973), earned him Pulitzer Prize and National Book Award nominations, and his third collection, Born of a Woman: New and Selected (1980), was also critically acclaimed. The Essential Etheridge Knight is a selection of the best work by one of the country’s most prominent and still-relevant poets, decades after his death. It brings together poems from Knight’s three previously published books and a section of later poems available only in this collection, which features a striking new cover.

“A foremost American poet in the black oral tradition, can move from pathos and a near-tragic vision of the destructiveness of imprisonment to tenderness and a lusty, incisive wit. . . . the work as a whole bears testimony anew to his authentic ‘blues’ voice, deep feeling, and concern for communication between the races.”
--Library Journal

“Wonderful in its ability to combine love and anger, irony and sweetness. Knight is a street-smart poet with an ear for the Black American idiom and experience, and his poems reflect a life lived largely at the cutting edge edge of that experience: poverty, racism, prison, drug addiction, and rehabilitation. Whether in the form of incantatory blues, narrative poems, or his distinctly individual urban haiku, Knight’s is a compelling voice.”
--Seattle Times

"To read Knight is not to escape from or to transfigure America. It really isn't a 'comfortable' experience. He is too aware of the violent spaces between races and individuals to attempt grandiloquescence. Equally he is too screwed into the mundane to attempt sleight of hand tricks. His poetry is clarified on the oilstone of experience. The sad, funky, yet celebrative sound of his 'blues' is experience being honed on the quartz grains of a grindstone."

Etheridge Knight (1931–1991) is widely regarded as one of America’s most prominent and compelling poets. His work has been featured in such anthologies as Norton Anthology of American Poets, New Black Poets, and Black Voices, among others.