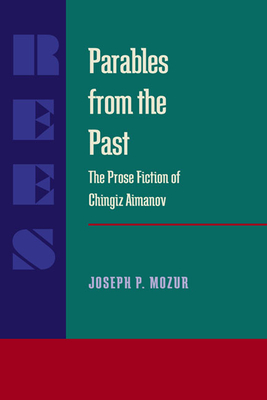 Parables from the Past

James Mozur traces the development of Chingiz Aitmatov's fiction from the early 1950s through the mid-1970s, including Farewell, Gul'sary!, The White Ship, The Day Lasts More Than a Hundred Years, and The Place of the Skull.  He discusses each major work against the political and cultural background in which it was created and thereby widens our understanding of post-Stalinist Soviet literature.

Chingiz Aitmatov was born in Kirghizstan in 1928 and published his first stories in the 1950s in both Russian and Kirghiz. He soon took his place as spokesman for the progressive wing of official Soviet Russian literature, striving for greater openness in Soviet letters and for a new approach toward diverse nationalities. Unlike many other writers, Aitmatov continued to flourish in the cultural tumult following the collapse of the communist state, being appointed to government posts by Gorbachev and becoming Soviet ambassador to Luxembourg in 1991.

Praise For Parables from the Past: The Prose Fiction of Chingiz Aitmatov (Russian and East European Studies)…

“A major contribution to our understanding of Aitmatov's work, and of the importance of the non-Russian literary cultures of what used to be the Soviet Union. Mozur is to be congratulated for having produced a thorough and perceptive analysis that should enable Aitmatov's difficult, wide-ranging and highly original oeuvre to become more accessible to the English-speaking world.”
—Russian Review

"Mozur’s study serves as a well-organized introduction to Aitmatov’s work . . . It expands the traditional image of a literature made by Russian-born writers only and clearly points out the direction in which in the post-Soviet world it seems to be going for in the last few years: the expansion of national and ethnic literatures free of ideological constraints."
––World Literature Today

Joseph P. Mozur, Jr. is professor of foreign languages at the University of South Alabama.
Loading...
or support indie stores by buying on