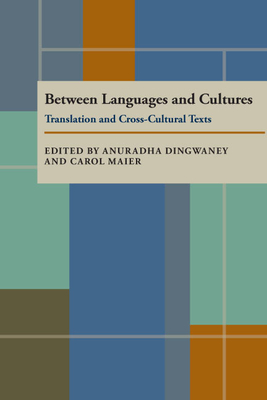 Between Languages and Cultures (Paperback)

Translated texts are often either uncritically consumed by readers, teacher, and scholars or seen to represent an ineluctable loss, a diminishing of original texts. Translation, however, is a cultural practice, influenced also by social and political imperatives, which can open more doors than it closes. The essays in this book show how the act of translation, when vigilantly and critically attended to, becomes a means for active interrogation.

Anuradha Dingwaney Needham is Donald R. Longman Professor of English at Oberlin College. She is the author or editor of several books including Using the Master’s Tools: Resistance and the Literature of the African and South Asian Diasporas.

Praise For Between Languages and Cultures: Translation and Cross-Cultural Texts (Composition, Literacy, and Culture)…

“Will prove to be a valuable asset both in the classroom—for undergraduate and graduate students as well as their teachers—and in the library. Timely, even urgently needed.”
—Alpana Sharma Knippling, University of Nebraska, Lincoln
or
Not Currently Available for Direct Purchase
Copyright © 2020 American Booksellers Association