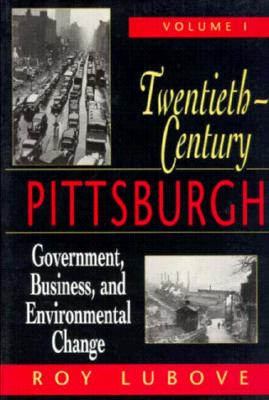 Roy Lubove's Twentieth-Century Pittsburgh is a pioneering analysis of elite driven, post-World War II urban renewal in a city once disdained as "hell with the lid off." The book continues to be invaluable to anyone interested in the fate of America's beleaguered metropolitan and industrial centers.

"Readers will find Lubove's narrative fascinating to read not only because he tells Pittsburgh's story well but because they will find numerous events in it similar to those which occurred in their own cities, but commonly without having such dramatic outcomes."
--Annals of the American Academy of Political Science