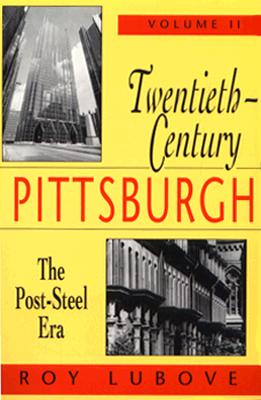 This volume traces the major decisions, events, programs, and personalities that transformed the city of Pittsburgh during its urban renewal project, which began in 1977. Roy Lubove demonstrates how the city showed united determination to attract high technology companies in an attempt to reverse the economic fallout from the decline of the local steel industry. Lubove also separates the successes from the failures, the good intentions from the actual results.

"Readers will find Lubove's narrative fascinating to read not only because he tells Pittsburgh's story well but because they will find numerous events in it similar to those which occurred in their own cities, but commonly without having such dramatic outcomes."
--Annals of the American Academy of Political Science