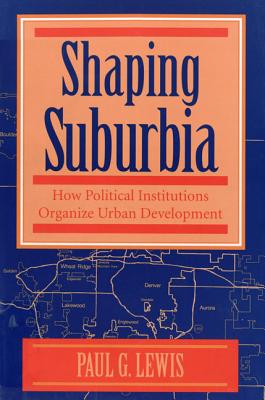 The American metropolis has been transformed over the past quarter century.  Cities have turned inside out, with rapidly growing suburbs evolving into edge cities and technoburbs.  But not all suburbs are alike.  In Shaping Suburbia, Paul Lewis argues that a fundamental political logic underlies the patterns of suburban growth and states that the key to understanding suburbia is to understand the local governments that control it - their number, functions, and power.  Using innovative models and data analyses, Lewis shows that the relative political fragmentation of a metropolitan area plays a key part in shaping its suburbs.

“Lewis's book is a major contribution to urban politics as well as to urban studies in general. It is the first full-length treatment of the political dimension of the recent transformation of the American metropolis, whereby many suburbs have evolved into full-fledged cities. . . . Highly recommended.”
--Choice