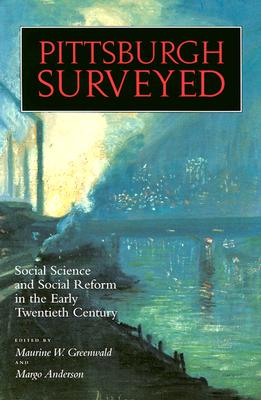 Social Science and Social Reform in the Early Twentieth Century

From 1909-1914 the Pittsburgh Survey brought together statisticans, social workers, engineers, lawyers, physicians, economists, and city planners to study the effects of industrialization on the city of Pittsburgh.  Pittsburgh Surveyed examines the accuracy and the impact of the influential Pittsburgh Survey, emphasizing its role in the social reform movement of the early twentieth century.

“It's a must read for anyone interested in the history of Pittsburgh or a better understanding of the social workers, sociologists, and reformers who comprised turn-of-the-century progressivism. Pittsburgh Surveyed is also an exceptionally well-produced volume, nicely designed with high quality graphic presentation.”
--Pennsylvania History

Maurine W. Greenwald is associate professor of history at the University of Pittsburgh and author of Women, War, and Work: The Impact of World War I on Women Workers in the United States.

Margo Anderson is professor of history at the University of Wisconsin, Milwaukee and author of The American Census: A Social History.
Loading...
or
Not Currently Available for Direct Purchase