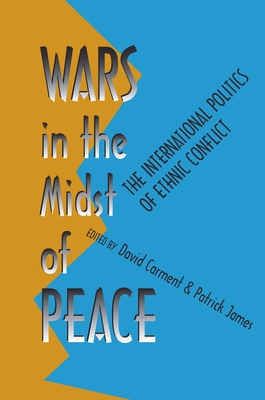 Wars in the Midst of Peace

The International Politics of Ethnic Conflict

Violent conflicts rooted in ethnicity have erupted all over the world. Since the Cold War ended and a new world order has failed to emerge, political leaders in countries long repressed by authoritarianism, such as Yugoslavia, have found it easy to mobilize populations with the ethnic rallying cry. Thus, the worldwide shift to democratization has often resulted in something quite different from effective pluralism.

This volume of essays assembles a diverse array of approaches to the problems of ethnic conflict, with researchers  and scholars using pure theory, comparative case studies, and aggregate data analysis to approach the complex questions facing today’s leaders. How do we keep communal conflicts from deteriorating into sustained violence? What models can we follow to promote peaceful secession? What effect does--or should--ethnic conflict have on foreign policy?


Praise For Wars in the Midst of Peace: The International Politics of Ethnic Conflict…

“Designed to address one of the most significant topics in the post cold war era. It brings together the thinking of some outstanding scholars on this topic.”
--Richard W. Cottam, University of Pittsburgh