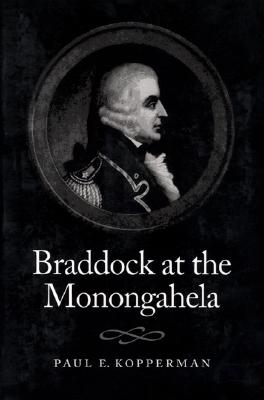 Braddock At The Monongahela

On July 9, 1755, an army of British and American soldiers commanded by Major General Edward Braddock marched toward a major western outpost held by the French, confident of an easy victory. Suddenly, they were attacked by a much smaller force of French and Indian fighters-Braddock's army was destroyed, its commander fatally wounded, and supplies and secret papers were lost to the enemy. Paul E. Kopperman has used all of the known eyewitness reports of Braddock's defeat-some never before printed-to present an exciting critical account of this definitive battle in the French and Indian War. Braddock at the Monongahela is a synthesis of in-depth analysis of primary source materials, thoughtful evaluation of previous studies on the subject, and Kopperman's own persuasive interpretation.


Praise For Braddock At The Monongahela…

"Kopperman has reconstructed the battle in vivid detail, using British, American and French sources. It is a fine study that will satisfy the military buffs; but for the student of history, the real meat lies in the appendices. Here Kopperman shows how the Braddock historiography has evolved. . . . A fascinating picture and a lesson in the writing of history."
—Publishers Weekly

Paul E. Kopperman, professor of history at Oregon State University, is the author of Sir Robert Heath, 1575-1649: Window on an Age, as well as numerous articles on British, colonial American, and military history.