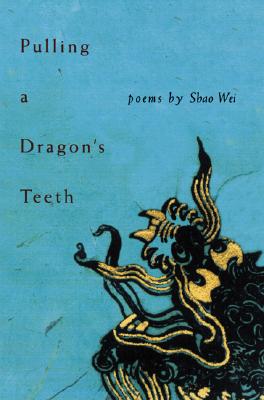 There is a proverb in China, hu kou ba ya, literally “pulling teeth from a tiger's mouth,” used to describe any extremely difficult task. When Shao Wei first arrived in the United States at age thirty-one, her desire to write poems in English seemed almost impossible. Pulling a Dragon's Teeth, a first stop on the successful journey toward that goal, is filled with the rhythms and visions of this exciting young poet.

Shuttling between her childhood in a small mountain city on the shores of the Yangtze River (soon to be flooded by the Three Gorges Dam Project) and adulthood in Manhattan, Shao Weicaptures the pains and joys of tradition and displacement familiar to any immigrant. Blending fairy tales, New York images, family stories, and the universal rites of passage associated with growing up, she paints a vibrant canvas of passion and imagination.

Shao Wei teaches English composition at the College of New Rochelle, Rosa Parks Campus, and Chinese at the China Institute, both in New York City. Her poems have appeared in such journals as Parnassus and Crab Orchard Review, as well as in Asia and Europe. The recipient of numerous honors, she is the author of NineSongs, Females, a poetry collection published in Chinese, and Culture Bird: Looking for Myself in New York, a work of nonfiction.

"This poetry is humorous, magical, sad, and sometimes strangely beautiful. And sad in a very familiar way, as if we were partly living in the lost East Sichuan province of Shao Wei’s childhood, partly lost among the living in New York. But there is wild joy here, too, hidden like the child Shao Wei in her grandfather’s rice container."
--Jean Valentine

"An exciting new voice from the Yangtze River. Pulling a Dragon’s Teeth has a sound that is bold and musical, and it has a narrative seamlessly woven with wild imagination."
--Wang Ping

"Shao Wei writes of her childhood with rueful humor and tenderness. . . . These poems are also almost surrealistically inventive. Exuberant, generous, and mysterious, this is a book to treasure and learn from."

“A touching and wide-ranging work of lyric precision!”