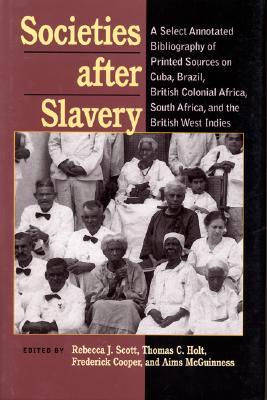 One of the massive transformations that took place in the nineteenth and early twentieth centuries was the movement of millions of people from the status of slaves to that of legally free men, women, and children. Societies after Slavery provides thousands of entries and rich scholarly annotations, making it the definitive resource for scholars and students engaged in research on postemancipation societies in the Americas and Africa.

"The first [bibliography] dedicated to the often neglected postemancipation history of former slave-owning societies. . . . The editors present more than 1,600 entries in many languages, arranged geographically and subdivided by type of resource, most of them annotated. . . . Also delves into sources beyond the expected studies of former slaves and slave owners, e.g., the effects of urbanization and immigration during this transitional period."
or
Not Currently Available for Direct Purchase
Copyright © 2020 American Booksellers Association