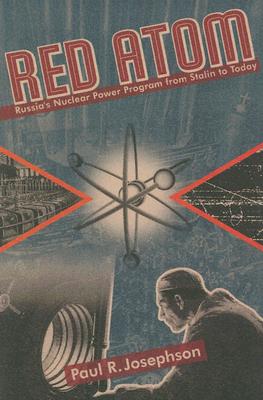 In the 1950s, Soviet nuclear scientists and leaders imagined a stunning future when giant reactors would generate energy quickly and cheaply, nuclear engines would power cars, ships, and airplanes, and peaceful nuclear explosions would transform the landscape. Driven by the energy of the atom, the dream of communism would become a powerful reality. Thirty years later, that dream died in Chernobyl. What went wrong? Based on exhaustive archival research and interviews, Red Atom takes a behind-the-scenes look at the history of the Soviet Union's peaceful use of nuclear power. It explores both the projects and the technocratic and political elite who were dedicated to increasing state power through technology. And it describes the political, economic, and environmental fallout of Chernobyl.

"Based on an extensive review of Soviet-era archives, [Red Atom] shows that nonmilitary use of nuclear power was like many areas of cold war competition: an avenue for the participants to go to illogical extremes. . . . Impressive in its sweep, and it provides essential details about an industry that has outlived its creators yet."
--New York Times

"Could there be another Chernobyl? . . . Red Atom is both a history and a warning—and a bitter indictment of an industry that was once thought to be the ‘radiant’ path to the future."
--Bulletin of Atomic Scientists

Paul R. Josephson is associate professor of history at Colby College.
Loading...
or support indie stores by buying on