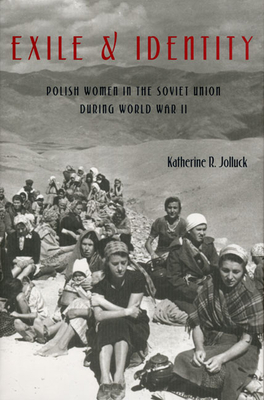 Using firsthand, personal accounts, and focusing on the experiences of women, Katherine R. Jolluck relates and examines the experiences of thousands of civilians deported to the USSR following the Soviet annexation of eastern Poland in 1939.

Upon arrival in remote areas of the Soviet Union, they were deposited in prisons, labor camps, special settlements, and collective farms, and subjected to tremendous hardships and oppressive conditions. In 1942, some 115,000 Polish citizens—only a portion of those initially exiled from their homeland—were evacuated to Iran. There they were asked to complete extensive questionnaires about their experiences.

Having read and reviewed hundreds of these documents, Jolluck reveals not only the harsh treatment these women experienced, but also how they maintained their identities as respectable women and patriotic Poles. She finds that for those exiled, the ways in which they strove to recreate home in a foreign and hostile environment became a key means of their survival.

Both a harrowing account of brutality and suffering and a clear analysis of civilian experiences in wartime, Exile and Identity expands the history of war far beyond the military battlefield.

Katherine R. Jolluck is a senior lecturer in the department of history at Stanford University.

Praise For Exile and Identity: Polish Women in the Soviet Union during World War II (Russian and East European Studies)…

“Jolluck’s book is pathbreaking not only for presenting an angaging analysis of the experiences of Polish female deportees in the Soviet Union but also for pioneering a more detailed investigation of the gender dimensions of Polish national identity. . . . Exile and Identity is important and should be read by scholars of European history and women’s studies.”
—History: Review of New Books

“Impressive. . . .A study that is a serious addition to the canon of books about World War II. . . .Full of compassion and understanding . . . A great study written by a first-class historian.”
—American Historical Review

“This innovative and provocative book is definitely worth reading.”
—Slavic Review
or support indie stores by buying on
Copyright © 2020 American Booksellers Association