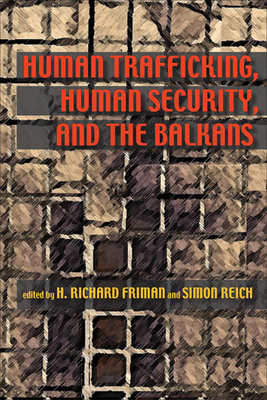 In the aftermath of four Yugoslav wars, ongoing efforts at reconstruction in South Eastern Europe have devoted relatively limited attention to dimensions of human security that enhance protections for the region's most vulnerable populations in their daily lives. It is in this context that South Eastern Europe, and especially the Western Balkan region, has emerged as a nexus point in human trafficking.

Human Trafficking, Human Security, and the Balkans brings together leading scholars, NGO representatives, and government officials to analyze and offer solutions to this challenge. The contributors explore the economic dynamics of human trafficking in an era of globalization, which has greatly facilitated not only the flow of goods and services but also the trade in human beings. They also examine the effectiveness of international and transnational policies and practice, the impact of peacekeeping forces, and the emergence of national and regional action plans in the Western Balkans and, more broadly, in South Eastern Europe. Finally, they consider the nature and ramifications of the gap between human security rhetoric and institutional policy steps against human trafficking.

H. Richard Friman is Eliot Fitch Chair for International Studies and director of the Institute for Transnational Justice at Marquette University. He is the author of Challenges and Paths to Global Justice, NarcoDiplomacy: Exporting the U.S. War on Drugs and Patchwork Protectionism: Textile Trade Policy in the United States, Japan and West Germany.

Simon Reich is a professor in the graduate school of public and international affairs and director of the Ford Institute for Human Security at the University of Pittsburgh. He is the author of The Fruits of Fascism: Postwar Prosperity in Historical Perspective, and coauthor of The German Predicament and The Myth of the Global Corporation.

Praise For Human Trafficking, Human Security, and the Balkans (The Security Continuum)…

“This impressive volume, which brings together a broad range of scholars and practitioners, is one of the first and only books on human trafficking trends and dynamics in the Balkans. It helps to fill an important gap on an extremely timely issue, and should be of great interest to both academic and policy audiences.”
--Peter Andreas, coauthor of Policing the Globe

“Policy makers and scholars will find this edited volume fills a serious gap in our understanding of this phenomenon.  This book will go far in advancing a complex understanding of the security implications of human rights abuse.  Let's hope the international community pays attention; the lessons discussed in this book are relevant for today's conflicts in Iraq and Afghanistan.”
--Sarah E. Mendelson, author, Barracks and Brothels: Peacekeepers and Human Trafficking in the Balkans

"Although a regional collection, the analysis has international relevance . . .  Highly recommended."
--Choice