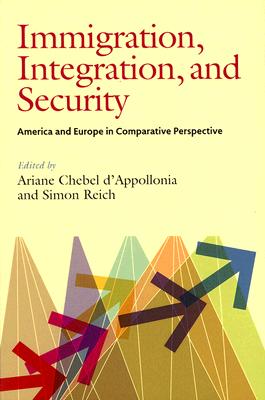 America and Europe in Comparative Perspective (The Security Continuum)

Recent acts of terrorism in Britain and Europe and the events of 9/11 in the United States have greatly influenced immigration, security, and integration policies in these countries. Yet many of the current practices surrounding these issues were developed decades ago, and are ill-suited to the dynamics of today's global economies and immigration patterns.

At the core of much policy debate is the inherent paradox whereby immigrant populations are frequently perceived as posing a potential security threat yet bolster economies by providing an inexpensive workforce. Strict attention to border controls and immigration quotas has diverted focus away from perhaps the most significant dilemma: the integration of existing immigrant groups. Often restricted in their civil and political rights and targets of xenophobia, racial profiling, and discrimination, immigrants are unable or unwilling to integrate into the population. These factors breed distrust, disenfranchisement, and hatred-factors that potentially engender radicalization and can even threaten internal security.

The contributors compare policies on these issues at three relational levels: between individual EU nations and the U.S., between the EU and U.S., and among EU nations. What emerges is a timely and critical examination of the variations and contradictions in policy at each level of interaction and how different agencies and different nations often work in opposition to each other with self-defeating results. While the contributors differ on courses of action, they offer fresh perspectives, some examining significant case studies and laying the groundwork for future debate on these crucial issues.

Praise For Immigration, Integration, and Security: America and Europe in Comparative Perspective (The Security Continuum)…

“This book provides an invaluable multidisciplinary assessment of the relationship of two central concerns of the twenty-first century: identity and security. The key thinkers in both these fields from the U.S. and Europe are included here, making this book an outstanding contribution to the field.”
—Elspeth Guild, University of Nijmegen, The Netherlands

“At a time of heightened insecurity, immigration and social cohesion policies are being reconceived around the world. This path-breaking interdisciplinary study clears the analytical underbrush and prepares the way for rational reforms. It should be read by policy professionals, as well as by scholars and students seeking a deeper understanding of rapidly changing political and social environments.”
—Louis W. Pauly, University of Toronto

Ariane Chebel d'Appollonia is associate senior researcher at the CEVIPOF/Center for Political Research and codirector of the ISI Immigration Research Network. She teaches at the Institut d'Etudes Politiques (Sciences Po, Paris) and has held appointments at universities in France (Paris III-Sorbonne) and the United States (New York University). She has served as a Fulbright Transatlantic Chair at the University of Pittsburgh and as the Buffet Visiting Chaired Professor at Northwestern University. She is the author of Les racismes ordinaires, L'extrême-droite en France de Maurras à Le Pen and Histoire politique des intellectuels en France (in two volumes).

Simon Reich is professor in the Graduate School of Public and International Affairs and director of the Ford Institute for Human Security at the University of Pittsburgh. He is the author of The Fruits of Fascism: Postwar Prosperity in Historical Perspective, coauthor of The Myth of the Global Corporation and The German Predicament: Memory and Power in the New Europe, and coeditor of Human Trafficking, Human Security, and the Balkans.
Loading...
or support indie stores by buying on