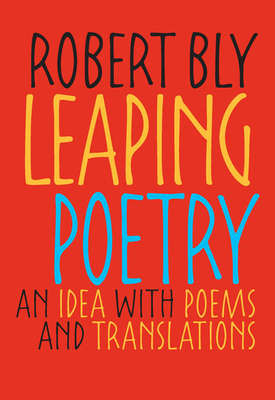 An Idea with Poems and Translations (Pitt Poetry Series)

Leaping Poetry is Robert Bly's testament to the singular importance of the artistic leap that bridges the gap between conscious and unconscious thought in any great work of art; the process that Bly refers to as “riding on dragons.” Originally published in 1972 in Bly's literary journal The Seventies, Leaping Poetry is part anthology and part commentary, wherein Bly seeks to rejuvenate modern Western poetry through his revelations of “leaping” as found in the works of poets from around the world, including Federico Garcia Lorca, Chu Yuan, Tomas Tranströmer, and Allen Ginsberg, among others, while also outlining the basic principles that shape his own poetry. Bly seeks the use of quick, free association of the known and the unknown-the innate animal and rational cognition-which, he maintains, have been kept apart in the development of Western religious, intellectual, and literary thought.

Praise For Leaping Poetry: An Idea with Poems and Translations (Pitt Poetry Series)…

“A fabulous, madly lucid, useful little book . . . such is Bly's guileless authority that you can take him any way you want and still come away learning something about imagination.”
—Kirkus Reviews

Robert Bly is the author of more than thirty books of poetry including: The Night Abraham Called to the Stars; Snowbanks North of the House; What Have I Ever Lost by Dying?: Collected Prose Poems; Loving a Woman in Two Worlds; Mirabai Versions; This Body Is Made of Camphor and Gopherwood; and The Light Around the Body, for which he won the National Book Award.  He is also the author of numerous nonfiction books, which include The Sibling Society and Iron John: A Book About Men.
Loading...
or support indie stores by buying on