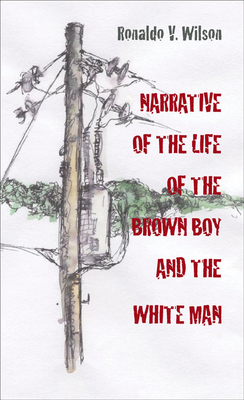 Prose poems that profile the interrelationship of the two central characters, looking deeply into their psyches and thoughts of race, class, and identity.

"Narrative of the Life of the Brown Boy and the White Man is a riveting interrogation of two men in relationship. Ronaldo V. Wilson's prose poems are alternately tough and tender probes into the underbelly of their psyches. With audacity and wit reminiscent of the work of Hilton Als, bell hooks, Frantz Fanon, and James Baldwin, Wilson decodes sociopolitical narratives around race, sexuality, and class. Identity, Wilson seems to say, is only a collection of stories-the ones told about us in battle with the ones we tell ourselves. What we have here is palpable consciousness: a stunning achievement.”
—Claudia Rankine

“An audacious gem. . . . It relies on a placid, though often humorous, descriptive tone and sophisticated narrative framing. On the surface, a plain, almost artless, language belies the complexity and psychological rip current of the brown boy’s life.”
—Southern Review

“An exquisite series of meditations about love’s undertow.”
—Multicultural Review