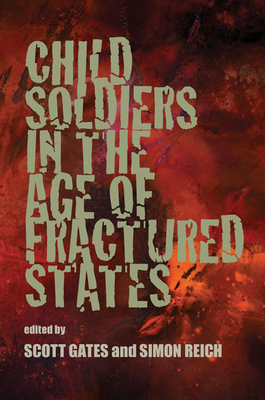 Current global estimates of children engaged in warfare range from 200,000 to 300,000. Children's roles in conflict range from armed and active participants to spies, cooks, messengers, and sex slaves. Child Soldiers in the Age of Fractured States examines the factors that contribute to the use of children in war, the effects of war upon children, and the perpetual cycle of warfare that engulfs many of the world's poorest nations.

The contributors also offer viable policies to reduce the recruitment of child soldiers such as the protection of refugee camps by outside forces, “naming and shaming,” and criminal prosecution by international tribunals. Finally, they focus on ways to reintegrate former child soldiers into civil society in the aftermath of war.

Scott Gates is director of the Centre for the Study of Civil War, International Peace Research Institute, Oslo, and professor of political science, Norwegian University of Science & Technology. He is the coauthor of several books, including Teaching, Tasks, and Trust: Functions of the Public Executive and Working, Shirking, and Sabotage: Bureaucratic Response to a Democratic Public.

Simon Reich is director of the Division of Global Affairs at Rutgers University. He is coeditor of Immigration, Integration, and Security: America and Europe in Comparative Perspective and Human Trafficking, Human Security, and the Balkans.

“Best-selling books and big-budget movies have brought the issue of child soldiering to the world's attention. Yet none of them tell the story with the thoroughness and poignancy of this volume, which uses an impressive combination of contributors to analyze the phenomenon of child soldiers. This book is not only a call to action, but a major challenge to our morals as a community of nations.”
—Betty Bigombe, Distinguished African Scholar, Woodrow Wilson International Center for Scholars

“There are many faces of children suffering in the midst of armed conflict and its aftermath. I strongly recommend this book to anyone with an interest in children's issues.”
—Karin Sham Poo, former Deputy Executive Director of UNICEF

“This volume sums up a decade of research by leading advocates and investigators. In ten years we have moved from slapdash, sensationalist accounts of child fighters to systematic evidence and thinking on youth in armed conflict. The result has been profound: a reversal of some views and a refinement of policy and practice. This volume is essential reading for scholars and advocates alike.”
—Christopher Blattman, Yale University

“Diverse in its coverage and scope, managing to cover a number of methodological issues and offering something for all types of readers. The contributors’ anecdotal stories guide the reader through more complex issues of causality, philosophy and policy implications and strategies.”
—International Studies Review

“This volume provides critical insights into the practical, ethical, and theoretical underpinnings of the problem of child soldiers. The contributors blend evidence and argument to highlight the magnitude of the problem, and point to possible political steps to help reduce the frequency and ameliorate the consequences of using children in war.”
—Patrick Regan, Binghamton University