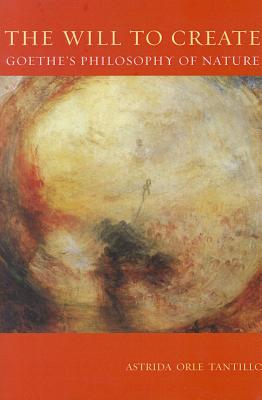 The Will To Create

Better known as a poet and dramatist, Johann Wolfgang von Goethe (1749-1832) was also a learned philosopher and natural scientist. Astrida Orle Tantillo offers the first comprehensive analysis of his natural philosophy, which she contends is rooted in creativity.

Tantillo analyzes Goethe's main scientific texts, including his work on physics, botany, comparative anatomy, and metereology. She critically examines his attempts to challenge the basic tenets of Newtonian and Cartesian science and to found a new natural philosophy. In individual chapters devoted to different key principles, she reveals how this natural philosophy-which questions rationalism, the quantitative approach to scientific inquiry, strict gender categories, and the possibility of scientific objectivity-illuminates Goethe's standing as both a precursor and critic of modernity.

Tantillo does not presuppose prior knowledge of Goethe or science, and carefully avoids an overreliance on specialized jargon. This makes The Will to Create accessible to a wide audience, including philosophers, historians of science, and literary theorists, as well as general readers.


Praise For The Will To Create: Goethe's Philosophy of Nature…