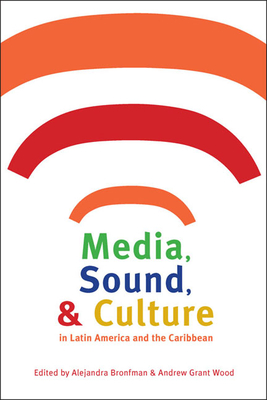 Outside of music, the importance of sound and listening have been greatly overlooked in Latin American history. Visual media has dominated cultural studies, affording an incomplete record of the modern era. This edited volume presents an original analysis of the role of sound in Latin American and Caribbean societies, from the late nineteenth century to the present. The contributors examine the importance of sound in the purveyance of power, gender roles, race, community, religion, and populism. They also demonstrate how sound is essential to the formation of citizenship and nationalism.

Sonic media, and radio in particular, have become primary tools for contesting political issues. In that vein, the contributors view the control of radio transmission and those who manipulate its content for political gain. Conversely, they show how, in neoliberal climates, radio programs have exposed corruption and provided a voice for activism.

The essays address sonic production in a variety of media: radio; Internet; digital recordings; phonographs; speeches; carnival performances; fireworks festivals, and the reinterpretation of sound in literature. They examine the bodily experience of sound, and its importance to memory coding and identity formation.

This volume looks to sonic media as an essential vehicle for transmitting ideologies, imagined communities, and culture. As the contributors discern, modern technology has made sound ubiquitous, and its study is therefore crucial to understanding the flow of information and influence in Latin America and globally.

"This volume is a model for interdisciplinary scholarship. . . . Its willingness to put sound at the forefront of research is refreshing and provides a trailblazing approach to Latin American media studies."
—Latin American Research Review

“This superb volume brings to light a myriad exciting discoveries: from Brazilian popular music to Bolivian carnival, Alejandra Bronfman and Andrew Grant Wood have assembled a fascinating collection of essays about the intersection of music, sound, radio, and popular culture in Latin America. Never before has Latin America resounded so clearly in a critical anthology.”
—Rubén Gallo, Princeton University

“A fascinating collection of articles on the auditory experience and its history in Latin America. They are remarkably diverse in focus and methodology, but unified by careful attention to the importance of sound, and an open-eared and open-minded willingness to reconsider its dimensions and implications.”
—Bryan McCann, Georgetown University

Alejandra Bronfman is associate professor of history at the University of British Columbia. She is the author of  On the Move: The Caribbean Since 1989, and Measures of Equality: Social Science, Citizenship, and Race in Cuba, 1902–1940.
Andrew Grant Wood is Stanley Rutland Professor of American History at the University of Tulsa. He is the author of Revolution in the Street: Women, Workers and Urban Protest in Veracruz, 1870-1927; and editor of On The Border: Society and Culture Between the United States and Mexico? and The Borderlands: An Encyclopedia of Culture and Politics on the U.S. Mexico Divide.