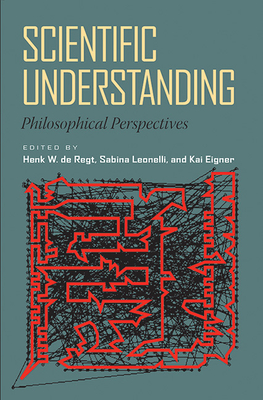 Earlier philosophers, such as Carl Hempel, dismissed understanding as subjective and pragmatic. They believed that the essence of science was to be found in scientific theories and explanations. In Scientific Understanding, the contributors maintain that we must also consider the relation between explanations and the scientists who construct and use them. They focus on understanding as the cognitive state that is a goal of explanation and on the understanding of theories and models as a means to this end.

The chapters in this book highlight the multifaceted nature of the process of scientific research. The contributors examine current uses of theory, models, simulations, and experiments to evaluate the degree to which these elements contribute to understanding. Their analyses pay due attention to the roles of intelligibility, tacit knowledge, and feelings of understanding. Furthermore, they investigate how understanding is obtained within diverse scientific disciplines and examine how the acquisition of understanding depends on specific contexts, the objects of study, and the stated aims of research.

Sabina Leonelli is a research fellow of the ESRC Centre for Genomics in Society (Egenis) at the University of Exeter, UK. She investigates philosophical issues in relation to bioinformatics and model organism research in the biomedical sciences.

Kai Eigner teaches philosophy of science at VU University Amsterdam. His research focuses on scientific understanding in the behavioral and cognitive sciences.

“How to understand scientific understanding is fast becoming a 'hot' topic within the philosophy of science. This eclectic and wide-ranging collection makes a virtue out of the diversity of views on the subject. Featuring some of the best researchers in this area, it surveys the terrain and sets new directions for future research.”
—Steven French, University of Leeds

“An excellent work, which clearly argues that science, a product of human activity, cannot exist apart and separately from the humans that perform science, but rather must function in the interstices between them to create a pluralism of understanding. Highly recommended.”
—Choice

“A strongly cohesive and comprehensive approach to what scientists mean by understanding the phenomena on which they work.”
—Theoria