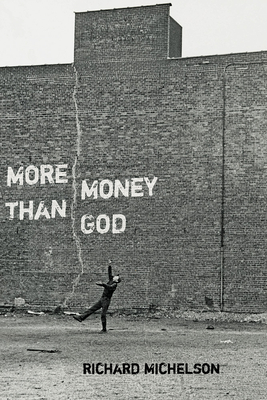 How do we come to terms with loss? How do we find love after tragedy?  How can art and language help us to cope with life, and honor the dead? How does one act responsibly in a world that is both beautiful, full of suffering, and balanced precariously on the edge of despair and ruin? With humor, anger and great tenderness, Richard Michelson’s poems explore the boundaries between the personal and the political, and the connections between history and memory.  Growing up under the shadow of the Holocaust, in a Brooklyn neighborhood consumed with racial strife, Michelson’s experiences were far from ordinary, yet they remain too much a part of the greater circle of poverty and violence to be dismissed as merely private concerns, safely past. It is Michelson’s sense of humor and acute awareness of Jewish history, with its ancient emphasis on the fundamental worth of human existence that makes this accessible book, finally, celebratory and life-affirming.

“These poems demonstrate what a pleasure it is to read a thoroughly social poet. Even when Michelson isn’t laughing, he stands in a noble tradition: the Jewish spiritual comedian. An open-hearted, deeply engaged book.”
—Mark Doty

“Some poets wrestle with ghosts. Richard Michelson invites them to sit at the kitchen table, crack jokes, give advice, live and die all over again. By turns philosophical, political, tender, outraged, and funny as hell, Richard Michelson is a poet to remember.”
--Martín Espada

“Dramatic encounters with the past, such as what you behold here in Michelson’s poetry, often lead to exquisite confessions that ennoble a life. A sparkling treatise about poetry and memory.”
—Major Jackson

“Dazzling, smart, and original, More Money than God mixes up the angels and devils of history and hope into realms of greater being. There’s something huge going on nearly all the time—as well as something intricately tender too.”
—Naomi Shihab Nye

“Michelson asks with urgent eloquence how the sweetness of life can be sheltered from the terrors of our time, and what art can make of such a world as ours. His poems are artful, humane, and true.”
—Richard Wilbur, winner of the Pulitzer Prize

“An examination of the intersections where personal tragedy and global suffering meet. In Michelson’s fourth collection, we find poems that seek resolution but settle for meaninglessness, all the while aiming for a little levity.”
—Coal Hill Review

Richard Michelson is the author of the poetry collections Battles & Lullabies and Tap Dancing for Relatives. His many children’s books have been named among the 10 Best Books of the Year by the New York Times, Publishers Weekly, and the New Yorker, and among the 12 Best Books of the Decade by Amazon.com. Michelson has been a finalist for the Massachusetts Book Award, the National Jewish Book Award, the Phillis Wheatley Award, and he is the only author to receive both the Sydney Taylor Gold and Silver Medal from the Association of Jewish Librarians. Michelson owns R. Michelson Galleries, hosts a poetry radio program, and is the current Poet Laureate of Northampton Massachusetts.
Loading...
or support indie stores by buying on