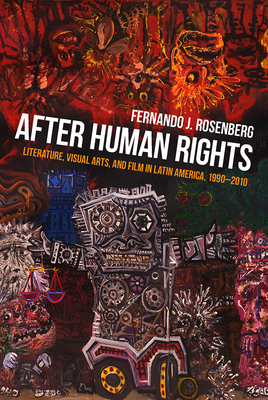 Fernando J. Rosenberg explores Latin American artistic production concerned with the possibility of justice after the establishment, rise, and ebb of the human rights narrative around the turn of the last century. Prior to this, key literary and artistic projects articulated Latin American modernity by attempting to address and supplement the state’s inability to embody and enact justice.
Rosenberg argues that since the topics of emancipation, identity, and revolution no longer define social concerns, Latin American artistic production is now situated at a point where the logic and conditions of marketization intersect with the notion of rights through which subjects define themselves politically. Rosenberg grounds his study in discussions of literature, film, and visual art (novels of political refoundations, fictions of truth and reconciliation, visual arts based on cases of disappearance, films about police violence, artistic collaborations with police forces, and judicial documentaries). In doing so, he provides a highly original examination of the paradoxical demands on current artistic works to produce both capital value and foster human dignity.

Fernando J. Rosenberg is associate professor in the department of Hispanic studies and comparative literature at Brandeis University. He is the author of The Avant-Garde and Geopolitics in Latin America.

“Exceptionally well-conceived. I expect that this study will be widely read and influential not only for students and scholars of Latin American literature and culture but also for those working in adjacent research areas, including postcolonial studies, visual culture and art history, media studies, human rights, law, philosophy, and globalization studies.”
—Claire F. Fox, University of Iowa

“A compelling work. In this particular moment, in which the role of the arts and literatures is being questioned and reviewed in universities—and when it is becoming more and more obvious that social sciences and human rights advocates are considering more and more literary texts and films and debates about their documentary and evidentiary claims—Rosenberg responds to some of the questions raised, proposing a clear critique of the limitations of the human rights discourse and rhetoric.”
—Ana Forcinito, University of Minnesota
or
Not Currently Available for Direct Purchase
Copyright © 2020 American Booksellers Association