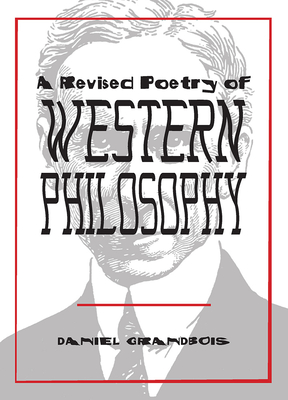 Bertrand Russell finds himself in purgatory, tumbling through literal representations of the worlds of ideas he examined in his classic text, A History of Western Philosophy, gulping much-needed air, for example, from Empedocles’ bucket. Mistaking his erection for a planted flag, he declares the place Platonopolis, attempts to calculate his Pythagorean number, kills God (though he later sees evidence of His resurrection), and, Rousseau-like, turns away from reason and civilization, favoring the noble savage, only to march back into the concrete jungle as one of Nietzsche’s savage nobles. In the end, however, he is all jumbled up and clucking like Einstein’s cuckoo clock, until he perceives philosophy as music, hears its arguments as a symphonic procession of the electrochemical pulses produced within three-pound lumps—lumps self-amalgamated from the vomitus of stars—and revises his History.

Daniel Grandbois is the author of the prose poetry/flash fiction collection Unlucky Lucky Days, the art novel The Hermaphrodite: An Hallucinated Memoir, and the prose poetry collection Unlucky Lucky Tales. His work has appeared in Fiction, Boulevard, the Mississippi Review, Conjunctions, and Electric Lit, among other publications, and often includes collaborations with visual artists across the Americas.

“Imagine, as Daniel Grandbois has, a conflation of Marxes (Karl and Groucho) and a hipster Plato, and you can begin to understand the enterprise of reimagining the history of Western philosophy as a series of comic summaries, complete with abstracts for the novice and infused with a storyteller’s sense of the need to entertain, while shedding light on the great intellectual enterprises from ancient to modern times. This book is a marvel.”
—Christopher Kennedy