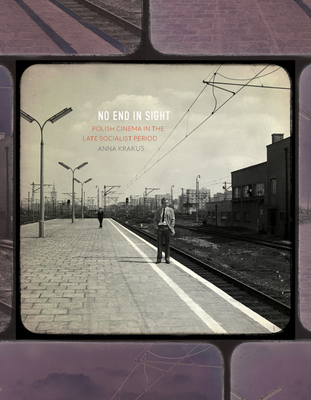 No End in Sight

No End in Sight offers a critical analysis of Polish cinema and literature during the transformative late Socialist period of the 1970s and 1980s. Anna Krakus details how conceptions of time, permanence, and endings shaped major Polish artistic works. She further demonstrates how film and literature played a major role in shaping political consciousness during this highly-charged era. Despite being controlled by an authoritarian state and the doctrine of socialism, artists were able to portray the unsettled nature of the political and psychological climate of the period, and an undetermined future.

In analyzing films by Andrzej Wajda, Krzysztof Kieslowsi, Krzysztof Zanussi, Wojciech Has, and Tadeusz Konwicki alongside Konwicki’s literary production, Anna Krakus identifies their shared penchant to defer or completely eschew narrative closure, whether in plot, theme, or style. Krakus calls this artistic tendency "aesthetic unfinalizability." As she reveals, aesthetic unfinalizability was far more than an occasional artistic preference or a passing trend; it was a radical counterpolitical act. The obsession with historical teleology saturated Polish public life during socialism to such a degree that instances of nonclosure or ambivalent endings emerged as polemical responses to official ideology.


Praise For No End in Sight: Polish Cinema in the Late Socialist Period (Russian and East European Studies)…

"Krakus has given an incredible amount of attention and insight into a field that is underrepresented in the research of Polish film. One of the things that Krakus does, which is refreshing, is that she refuses to reduce certain movies to a set of ideological symptoms—in this case, associating Polish cinema mainly either with propaganda or anticommunist notion. Krakus is more interested in analyzing the films than in cataloging them, to the book and reader's benefit." —Konrad Klejsa, University of Lodz


"This well-researched, clearly written, and engaging study is a welcome addition to the corpus of Polish cinema studies." —Choice

Anna Krakus is assistant professor of Slavic languages and literatures at the University of Southern California.
Loading...
or
Not Currently Available for Direct Purchase