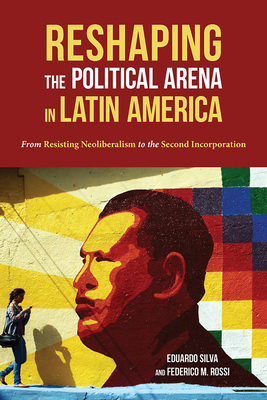 Neoliberalism changed the face of Latin America and left average citizens struggling to cope in many ways. Popular sectors were especially hard hit as wages declined and unemployment increased. The backlash to neoliberalism in the form of popular protest and electoral mobilization opened space for leftist governments to emerge. The turn to left governments raised popular expectations for a second wave of incorporation. Although a growing literature has analyzed many aspects of left governments, there is no study of how the redefinition of the organized popular sectors, their allies, and their struggles have reshaped the political arena to include their interests—until now. This volume examines the role played in the second wave of incorporation by political parties, trade unions, and social movements in five cases: Argentina, Bolivia, Brazil, Ecuador, and Venezuela.  The cases shed new light on a subject critical to understanding the change in the distribution of political power related to popular sectors and their interests—a key issue in the study of postneoliberalism.

Praise For Reshaping the Political Arena in Latin America: From Resisting Neoliberalism to the Second Incorporation (Pitt Latin American Series)…

“This volume offers the most systematic account to date on how political incorporation was approached and carried out during the Latin American region’s turn to the left. Rossi and Silva have done a masterful job at structuring the analysis, while recruiting a dream team of experts to conduct comparisons across time and countries. The breathtaking theoretical and empirical scope of this volume, as well as its careful analysis of the possible legacies of different incorporation regimes, will make it a must-read for scholars interested in ‘big questions’ that engage politics and the political sociology of the region for years to come.” —Juan Pablo Luna, Pontificia Universidad Catolica de Chile

“Reshaping the Political Arena in Latin America represents a landmark addition to this burgeoning line of research, standing out for its analytic rigor, careful attention to concepts, and impressive empirical contributions.” —Comparative Politics


“Silva and Rossi deploy the idea of political incorporation as their overarching framework. They take up the baton from Ruth Berins Collier and David Collier’s pioneering work on the populist phase in Latin America from the 1930s to the 1960s (during which popular sectors, specifically organized labor, were brought within the body politic), to argue that the pink tide represents a ‘second wave of incorporation,’ a response to the marginalization of rural and urban popular sectors from spheres of governmental decision-making under neoliberalism.” —Latin American Research Review

Eduardo Silva is professor and Friezo Family Foundation Chair in Political Science at Tulane University. He is the author or editor of several books, including Transnational Activism and National Movements in Latin America: Bridging the Divide and Challenging Neoliberalism in Latin America.

Federico M. Rossi isresearch professor of the Consejo Nacional de Investigaciones Cientificas y Tecnicas at the Universidad Nacional de San Martin, Argentina. He is the author or editor of several books, including Social Movement Dynamics: New Perspectives on Theory and Research from Latin America and The Poor’s Struggle for Political Incorporation.