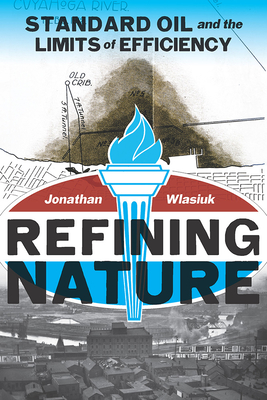 The Standard Oil Company emerged out of obscurity in the 1860s to capture 90 percent of the petroleum refining industry in the United States during the Gilded Age. John D. Rockefeller, the company’s founder, organized the company around an almost religious dedication to principles of efficiency. Economic success masked the dark side of efficiency as Standard Oil dumped oil waste into public waterways, filled the urban atmosphere with acrid smoke, and created a consumer safety crisis by selling kerosene below congressional standards.

Local governments, guided by a desire to favor the interests of business, deployed elaborate engineering solutions to tackle petroleum pollution at taxpayer expense rather than heed public calls to abate waste streams at their source. Only when refinery pollutants threatened the health of the Great Lakes in the twentieth century did the federal government respond to a nascent environmental movement. Organized around the four classical elements at the core of Standard Oil’s success (earth, air, fire, and water), Refining Nature provides an ecological context for the rise of one of the most important corporations in American history.

“In this compact, readable, and well-researched environmental history of Standard Oil operations in Cleveland and Whiting, Indiana, Wlasiuk shows that refineries and ecosystems mix no better than oil and water. This is an important book for anyone concerned with environmental justice—and injustice—in America.”
—J. R. McNeill, Georgetown University

“This is no standard history of Standard Oil. Refining Nature takes us back to the origins of one of the world’s most powerful monopolies and shows how the rise of Rockefeller’s empire degraded local ecosystems in and around Cleveland and northwest Indiana. In the era of climate change, many scholars have focused on the global environmental effects of the petroleum industry, but Wlasiuk takes a different tack, offering fresh insights on the way Big Oil undermined the ecological health of a region that came to be known as the Rust Belt.”
—Bart Elmore, The Ohio State University