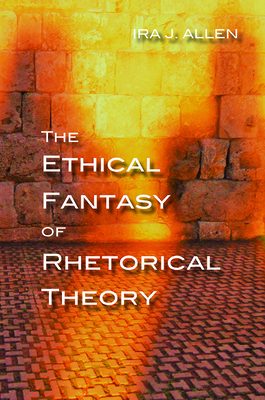 The Ethical Fantasy of Rhetorical Theory (Composition, Literacy, and Culture)

Despite its centrality to its field, there is no consensus regarding what rhetorical theory is and why it matters. The Ethical Fantasy of Rhetorical Theory presents a critical examination of rhetorical theory throughout history, in order to develop a unifying vision for the field. Demonstrating that theorists have always been skeptical of yet committed to "truth" (however fantastic), Ira Allen develops rigorous notions of truth and of a "troubled freedom" that spring from rhetoric’s depths. In a sweeping analysis from the sophists Aristotle, and Cicero through Kenneth Burke, Chaïm Perelman and Lucie Olbrechts-Tyceta, and contemporary scholars in English, communication, and rhetoric’s other disciplinary homes, Allen offers a novel definition of rhetorical theory: as the self-consciously ethical study of how humans and other symbolic animals negotiate constraints.


Praise For The Ethical Fantasy of Rhetorical Theory (Composition, Literacy, and Culture)…

"A creative exploration in contemporary rhetorical theory. This book rigorously examines concepts central to recent critical thinking as it argues for its own original perspective on ethics and rhetoric. Ira Allen writes in a lively, accessible style as he insightfully works through difficult philosophical material." —Steven Mailloux, President’s Professor of Rhetoric, Loyola Marymount University

"An ambitious project—significant for the discipline of rhetoric and fields that draw from it, and relevant both to the historical concerns of rhetoric and to contemporary issues in rhetorical theory. Allen makes an extremely well-informed case. His readings are fresh and grounded in extensive knowledge." —James Crosswhite, University of Oregon

Ira Allen is assistant professor of rhetoric, writing, and digital media studies at Northern Arizona University, and formerly assistant professor of rhetoric and composition at the American University of Beirut. He publishes regularly on rhetoric, democracy, ethics, and writing, and has translated works by Nietzsche, Walter Benjamin, and Werner Hamacher, among others.
Loading...
or support indie stores by buying on