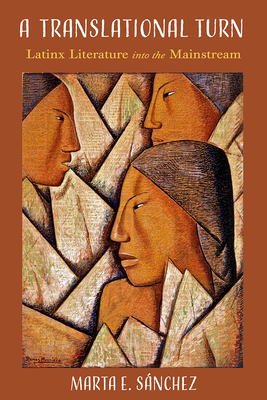 Latinx Literature into the Mainstream (Latinx and Latin American Profiles)

No contemporary development underscores the transnational linkage between the United States and Spanish-language América today more than the wave of in-migration from Spanish-language countries during the 1980s and 1990s.  This development, among others, has made clear what has always been true, that the United States is part of Spanish-language América.  Translation and oral communication from Spanish to English have been constant phenomena since before the annexation of the Mexican Southwest in 1848. The expanding number of counter-national translations from English to Spanish of Latinx fictional narratives by mainstream presses between the 1990s and 2010 is an indication of significant change in the relationship.  A Translational Turn explores both the historical reality of Spanish to English translation and the “new” counter-national English to Spanish translation of Latinx narratives.  More than theorizing about translation, this book underscores long-standing contact, such as code-mixing and bi-multilingualism, between the two languages in U.S. language and culture.  Although some political groups in this country persist in seeing and representing this country as having a single national tongue and community, the linguistic ecology of both major cities and the suburban periphery, here and in the global world, is bilingualism and multilingualism.

Praise For A Translational Turn: Latinx Literature into the Mainstream (Latinx and Latin American Profiles)…

“An astute, timely, and ground-breaking contribution that brings Latino/a studies and translation studies together for the first time. Sánchez, distinguishing between inter-national and intra-national translation practices, analyzes Latino/a literature in the U.S. written in English and translated almost simultaneously into Spanish, brilliantly locating the problems (misreadings, untranslatability) that arise when translation occurs within the same nation-state. Moving beyond ‘translation as betrayal,’ this book proposes inventive ways of approaching bi/multilingual texts and imaginaries in an increasingly connected world.” —Norma Klahn, University of California, Santa Cruz

“Sánchez’s A Translational Turnis the first monograph to explicitly put contemporary Latinx literature in conversation with translation studies. . . . It is a pathbreaking book, laying the groundwork for further inquiry into complex aspects of international and transnational translations of Latinx literatures.” —Latino Studies

Marta E. Sánchez is professor emerita of Chicano and Latino literature at University of California San Diego and Arizona State University.
or support indie stores by buying on