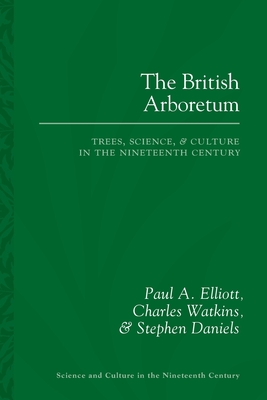 This study explores the science and culture of nineteenth-century British arboretums, or tree collections. The development of arboretums was fostered by a variety of factors, each of which is explored in detail: global trade and exploration, the popularity of collecting, the significance to the British economy and society, developments in Enlightenment science, changes in landscape gardening aesthetics and agricultural and horticultural improvement.

Arboretums were idealized as microcosms of nature, miniature encapsulations of the globe and as living museums. This book critically examines different kinds of arboretum in order to understand the changing practical, scientific, aesthetic and pedagogical principles that underpinned their design, display and the way in which they were viewed. It is the first study of its kind and fills a gap in the literature on Victorian science and culture.

"The British Arboretum is more than another history of green spaces. The authors reach beyond the boundaries of the arboretum, engaging with key themes in British cultural and scientific history in an informative and accessible manner."
—Thinking Like A Mountain

"This volume has resonance beyond the arboretum, and will be of interest not just to historians of science, but to anyone interested in our relationship with nature."
—Rural History

"The authors have illuminated a new object of interest with implications for an array of interdisciplinary studies, including history of science, garden history, the history of collecting and museums, and the analysis of Loudon's prodigious output . . . very useful as context for informed literary analysis . . . an especially engaging read."
—Victorian Studies