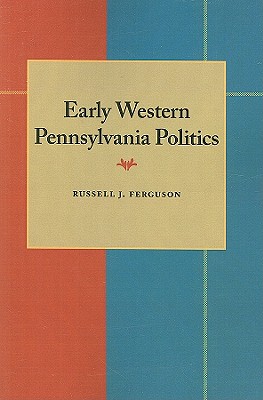 The conflict between the Jeffersonian and Hamiltonian concepts of democracy was nowhere more vigorous or bitter than in Western Pennsylvania during the period when the region evolved from an agrarian to an industrial economy. This book traces the political aspects of this transformation step by step. The region's long allegiance to Jeffersonianism, was in part due to a group of plodding but shrewd politicians who remained in power until well after the War of 1812, before they were succeded by Hamiltonians. Ferguson profiles the major politicians and political events in the region from Revolutionary War times until the 1820s.