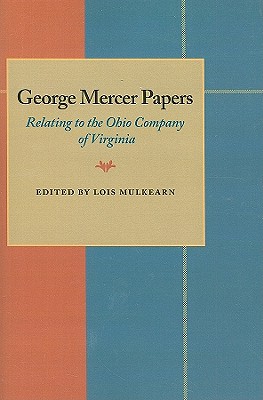 Relating to the Ohio Company of Virginia

George Mercer was a lieutenant and later captain of the First Virginia Regiment during the French and Indian War, and a land surveyor. He served as agent for the Ohio Company in England. In this book, Lois Mulkearn interprets George Mercer's documents on the activities of the Ohio Company.Through the eyes of Indians, French, and English we see the political and military efforts to control the vast area of the Ohio frontier, and witness treaties signed at Logstown, and those between Pennsylvania and the Weas and Piankashaws in 1740. Among Mercer's other papers are directions for laying out the first British town to be called “Saltsburg” at present day McKees Rocks, outside Pittsburgh. With this extensive collection, Mulkearn enlightens our knowledge of colonial history and the western frontier.

Lois Mulkhearn was a historian and coauthor of A Traveler’s Guide to Historic Western Pennsylvania.
Loading...
or support indie stores by buying on