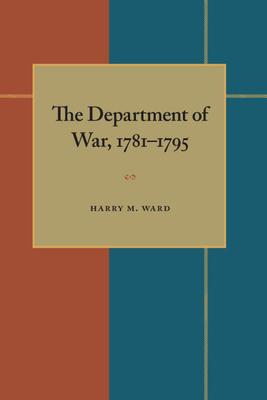 Harry M. Ward examines the formative years of the Department of War as a microcosm of the development of a centralized federal government. The Department of War was unique among early government agencies, as the only office that continued under the same administrator from the time of the Confederation to government under the Constitution. After the peace was established with Britain, citizens were suspicious of keeping a standing army, but administrator Benjamin Lincoln's efficient administration did much to dispel their fears. Henry Knox was the second Secretary, and he faced the problem of maintaining peace on the frontier, as his tiny army twice lost battles with Indians. It was only after the Whiskey Rebellion and Shay's Rebellion, that the young nation fully comprehended the importance of a maintaining a national military.

Harry M. Ward is William Binford Vest Professor of History, Emeritus at the University of Richmond, and the author of several books, including The American Revolution: Nationhood Achieved 1763-1788, and George Washington's Enforcers; Policing the Continental Army.
or support indie stores by buying on